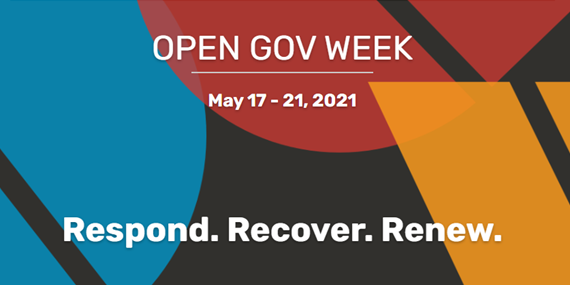 The International Open Government Week (OpenGoWeek) was marked this year as well with the aim of motivate citizens and youth to  participate in creation of politics that have impact on everyday life. Namely, in cooperation with the Ministry of Regional Development and EU Funds, the online education „Open Government in Croatia – youth as active citizens“ was held on 19 May 2021. The education was intended for high school pupils and the main goal was to motivate the culture of active citizenship and active citizens participation, to improve the level of knowledge and skills regarding public finance and open data use, as well as to promote of the Open Government Partnership Initiative goals in Croatia. The Initiative is directly connected to the activities of the education programme ASOC. The connection between them is promotion of active citizenship as well as open data usae and the importance of use of online technologies.

Darija Marić, representative of the Government Office for Cooperation with NGOs presented the activities of the RoC in complying of the Partnership for Open Gevernment initiative goals through the presentation „Open Government Partnership in Croatia“. After the online education participants got acquainted with the implementation of the Initiative in Croatia they got chance to know the important results for the citizens reached during the implementation in the RoC. Besides the projects presented on the national level, such as the Open Dana Portal, e-Citizens and e-Consultations, the examples of good practice at local level and other parts of the world were also presented. The most pointed out was the platform DECIDE MADRID the web page that makes possible the Madrid citizents to interact with the local government aiming at ensuring transparency in making decision proces in the City of Madrid.

Maja Stranić Grah, Head of the Administrative Department for Economy, Finance and Budget of the City of Pazin through a lecture entitled PAZI (N) budget! presented the project of active involvement of citizens in the process of adopting the city budget and explained in more detail what is participatory budgeting, what are the key factors in the process and what are the benefits of the City of Pazin and citizens in implementing this process.

The final presentation was given by a representative of civil society Miroslav Schlossberg, vice president of the Croatian Association for Open Systems and Internet: HrOpen, who through an informal initiative develops IT tools to facilitate and more efficient communication between citizens and local governments and authorities. Mr. Schlossberg presented the Popravi.to project, which is designed in such a way that citizens themselves report problems they want to solve, possible damages that have occurred, and through the platform, according to the reported location of the problem to be solved, citizens' requests are forwarded to local government.